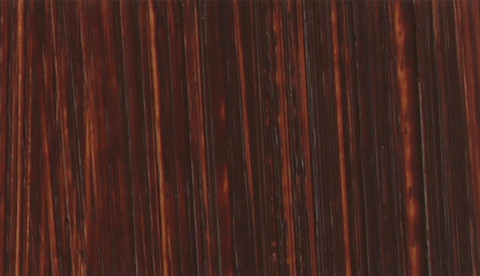 "I decided to make this variant shade of Burnt Umber as a result of my observations of 16th-17th painting, which suggested that this pigment had lighter and redder characteristics than those it assumed when manufacture in bladders, and then tubes, began a century later. Raw Umber is calcined to make this pigment, and the extent of Manganese Dioxide mixed with the Iron Oxide determines the range of undertones; here much warmer than is usual." - Michael Harding