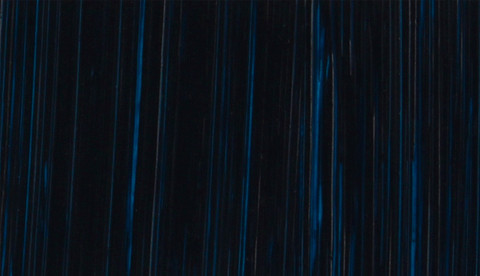 "Ferri-ammonium Ferrocyanide, discovered in Berlin in 1704 and introduced through the early 18th century, was one of the first synthetic inorganic pigments and also one of the most controversial. The earlier and less purified versions had a mixed reputation; they were said to fade in hues, or even to migrate or leech through succeeding paint layers. But modern standards of washing have dispensed with the tendency to fade, and the migratory properties ascribed to this colour are no longer reported: I suspect that this was the result of poor stabilizing. At any rate, Prussian Blue, like Alizarin, is one of those colours some painters find essential. Its inky depth when unmixed is belied by a range of uniquely intense blues resulting from hues, particularly with Zinc White. On its own and in more concentrated mixes it exhibits a slight bronzy sheen which can be used almost like a complementary glaze. Its tint power is frightening, beginners beware!" - Michael Harding