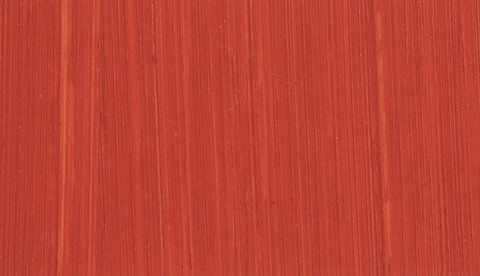 "If I were to be asked of which pigment I was most proud, I think this would be it. Mercuric Sulphide Vermilion was used in China from early times, and in Europe since the 8th century. With the introduction of the Cadmium Reds manufacturers considered that they could offer these as cheaper alternatives, but I disagree. As the only colourman to make the genuine article, as opposed to the rather obvious approximations that are blends, I can say that its particularly tawny, even slightly fiery, deep red cannot be reproduced by these substitutes. As far as weight, colorific density and price go, it is in a class of its own, but if you wish to explore a deceptively mild range of deep warm mixes with earths, as well as some subtle high hues, then this is an expense worth bearing. Do bear in mind that Mercury compounds are not to be treated as a joke, particularly in circumstances where children could come into contact with them." - Michael Harding